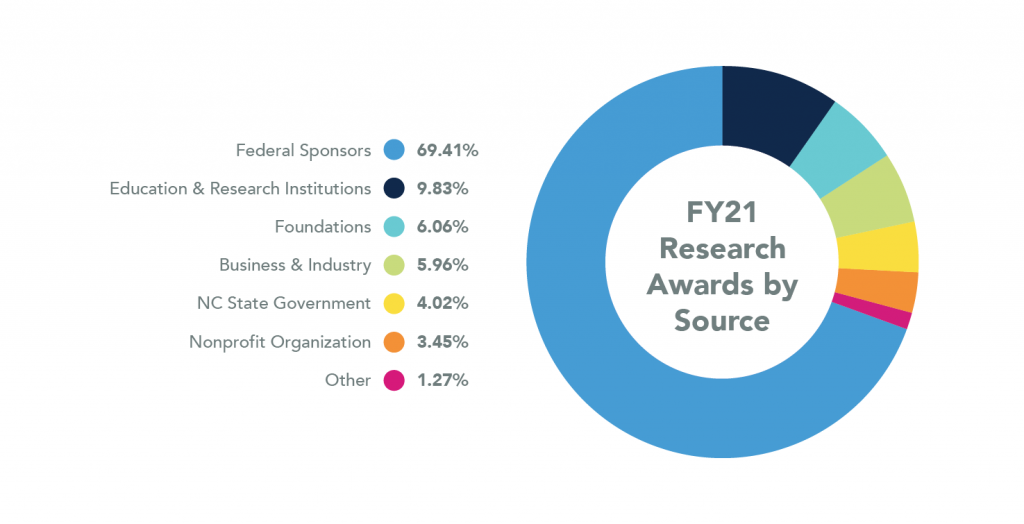 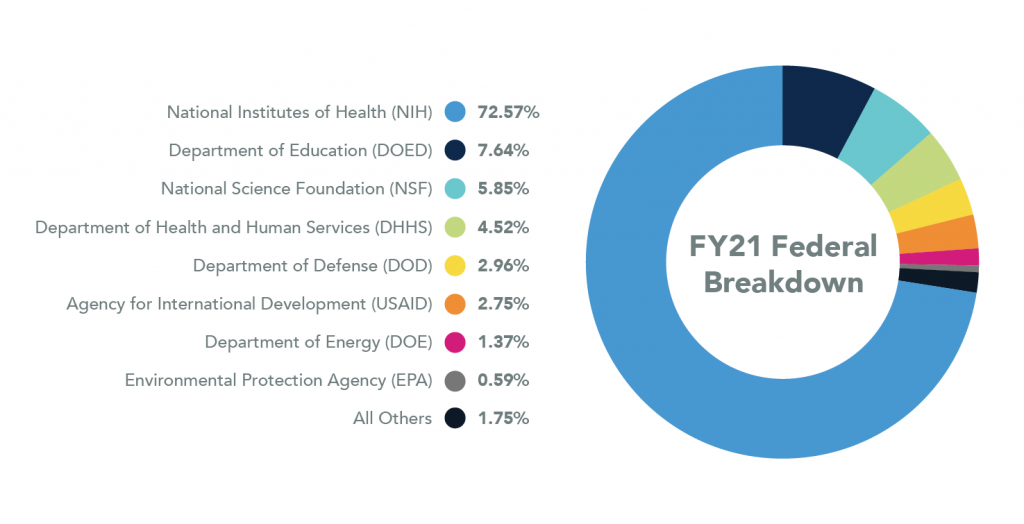 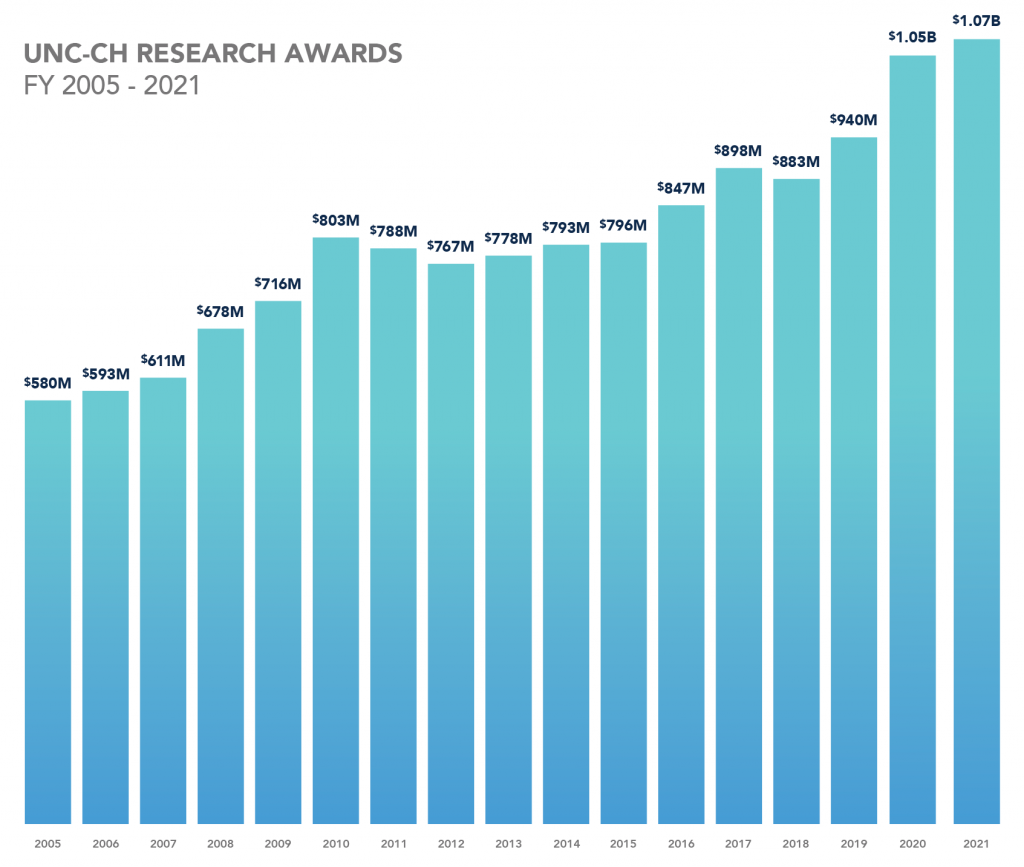 *American Recovery and Reinvestment Act of 2009 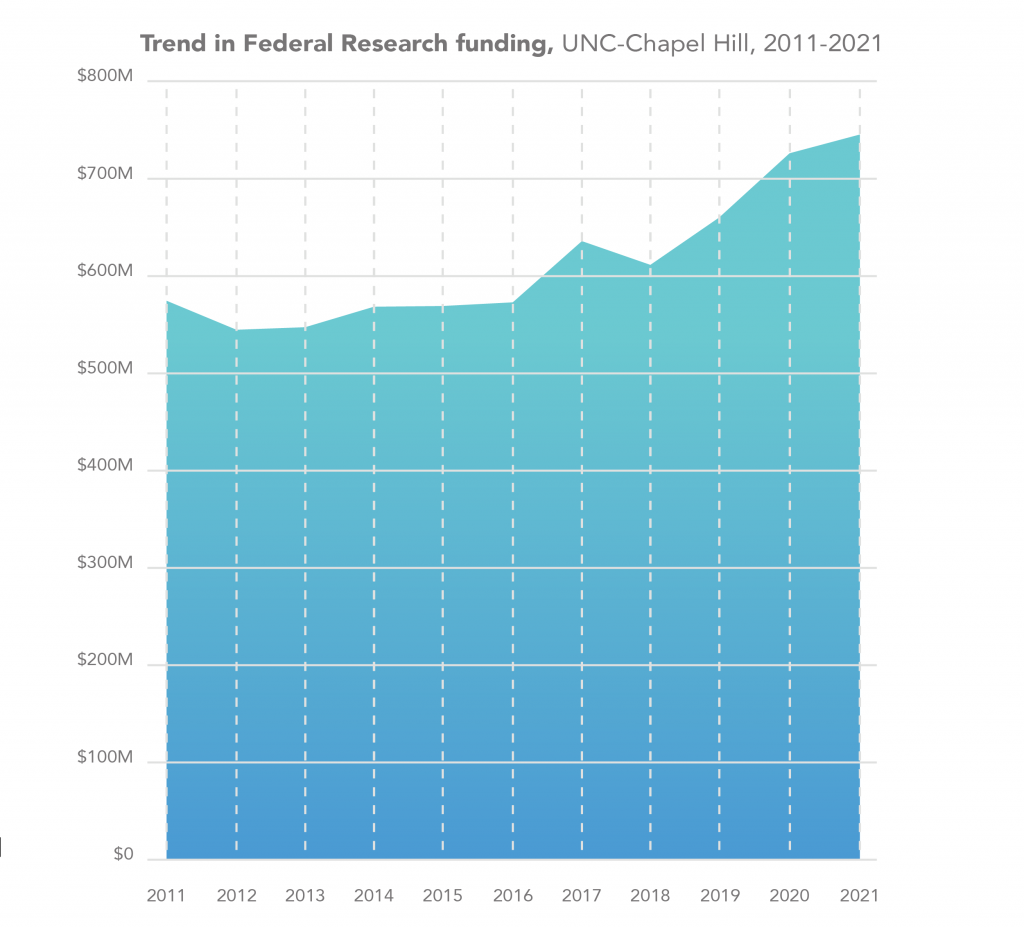 Research is a team effort, with UNC faculty members collaborating across disciplines, departments, and schools, and partnering with scientists at other institutions in North Carolina and worldwide. 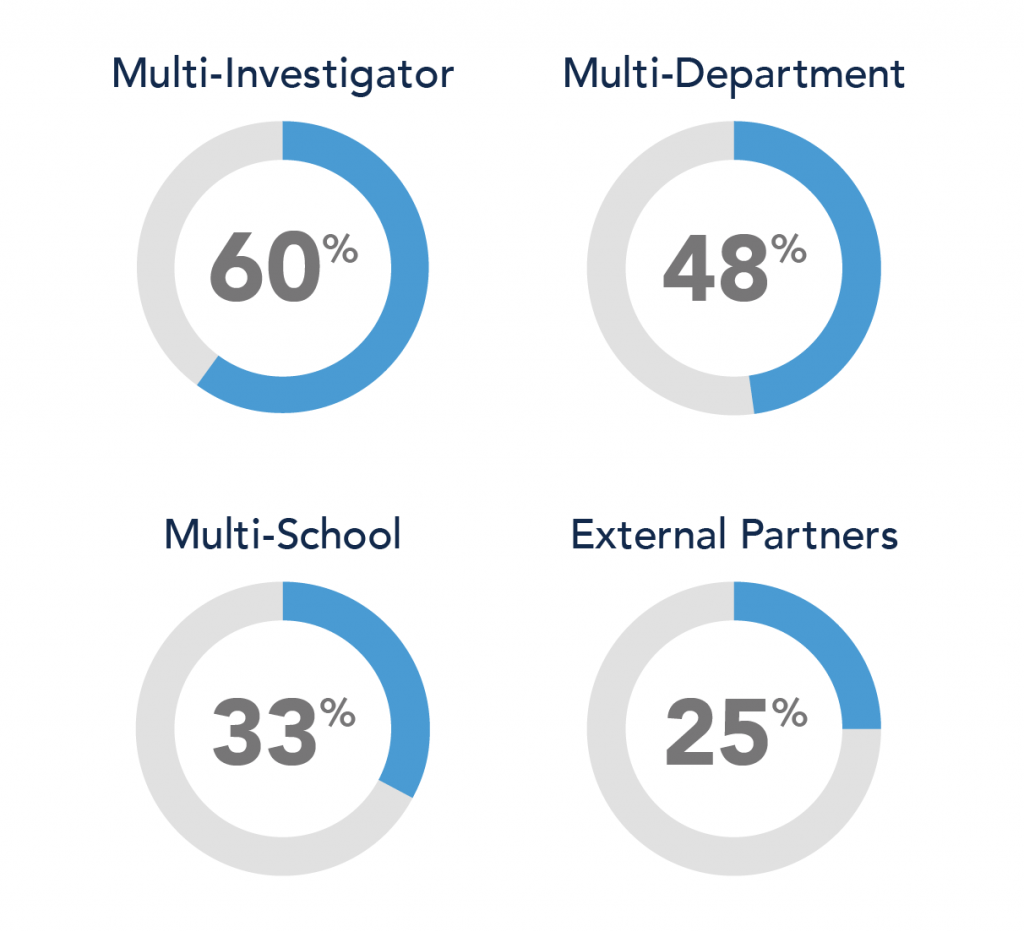 Research Funding by Administrative Unit and by Appointing Department

How does UNC-Chapel Hill stack up with other universities and colleges in terms of research awards and expenditures?

Note: For purposes of measuring research funding, there are two common but different measures – research awards and research expenditures.

Research awards measure the dollar volume of sponsored projects awarded to UNC in a year for which UNC is given authority to spend. As such, this measure is “forward-looking” in that the funding associated with the award may not yet have been spent but is expected to be spent during the given year or in future years. While some federal agencies publish their own research awards data by institution, a university’s total annual research awards are internally calculated and not well-suited to ranking or comparison to other universities.

Research and Development Expenditures at Universities and Colleges

Based on the most recent overview from the NSF, UNC-Chapel Hill ranked:

Based on most recently available federal award data from the National Science Foundation, the University of North Carolina at Chapel Hill ranks:

National Institutes of Health Awards to Institutions of Higher Education

For FY 2019, the University of North Carolina at Chapel Hill was ranked eighth among both private and public universities nationwide for DHHS and National Institutes of Health (NIH) research funding to domestic institutions of higher education. UNC-Chapel Hill faculty researchers receive more than $522 million in NIH research funding annually.

Federal Obligations for Science and Engineering Research and Development

Based on the most recently available data (FY 2018) from the National Science Foundation, UNC-Chapel Hill ranks:

Facilities and administrative (F&A) funding is an essential part of operating and sustaining any large research university. Funding for a research grant typically takes two forms. One portion of a sponsor’s award (direct funding) is directed to the individual researcher on the project to fund the unique costs of that particular grant. The other portion (F&A funding) is directed to the university to cover the broader facilities and administrative (F&A) costs of supporting the grant. Universities use F&A funds to sustain the extensive and complex infrastructure required to conduct sophisticated research.

Information concerning the nature and use of F&A funds at UNC-Chapel Hill can be found on PDFs below: