Office of the Vice Chancellor for Research
Home / No category / Carolina Rises to Fifth Among U.S. Universities for Federal Research Funding 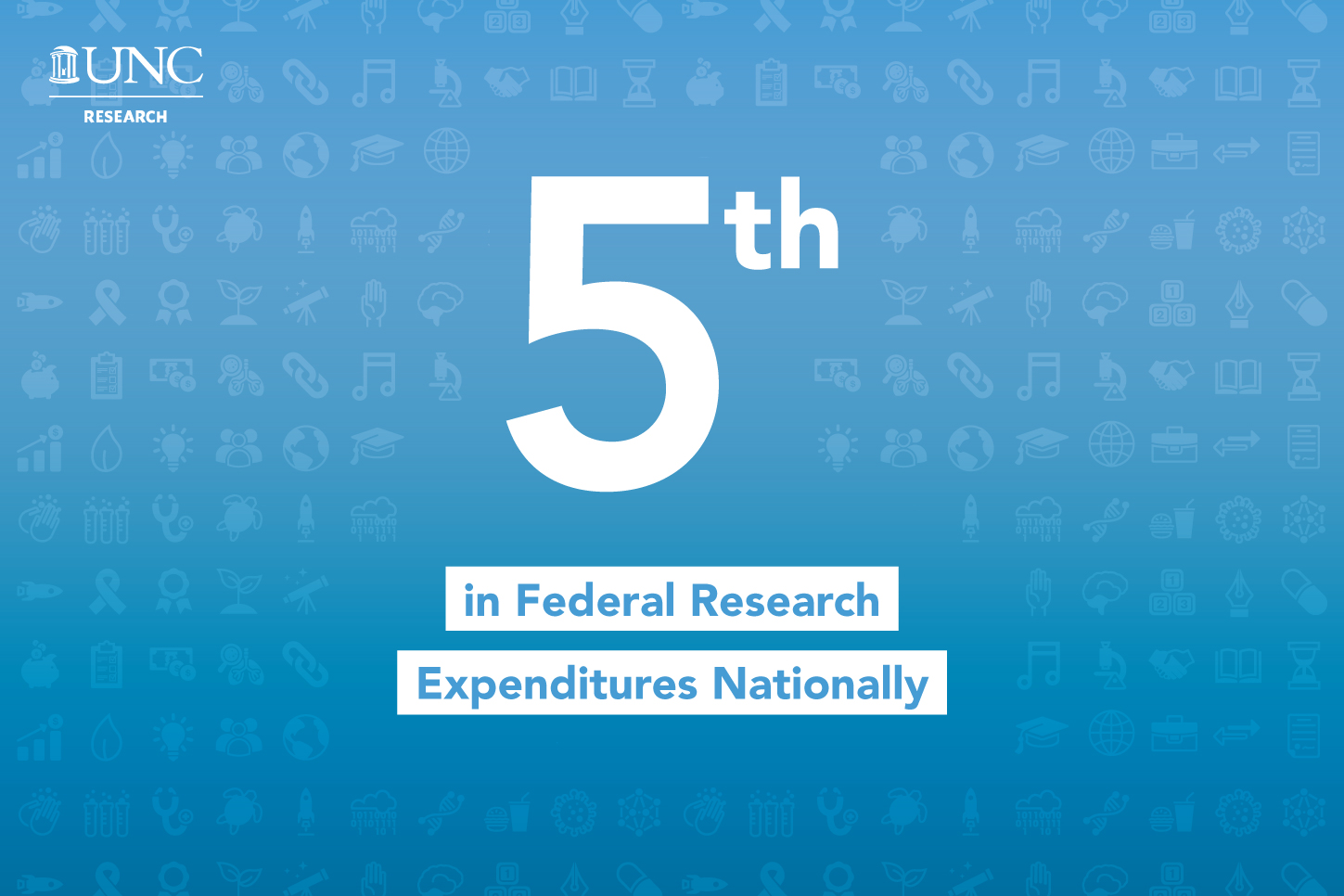 The University of North Carolina at Chapel Hill has reached the ranks of the top-five research universities in the United States for federal research expenditures, according to the latest National Science Foundation (NSF) Higher Education Research and Development (HERD) Survey. Carolina posted a record high for both overall research expenditures and federal expenditures during Fiscal Year 17.

“Carolina research has grown dramatically over the past two decades, and this latest news underscores its value to the health and well-being of North Carolinians and the economy of our state,” said Terry Magnuson, vice chancellor for research. “Carolina’s research rankings strengthen North Carolina’s reputation as a global leader in fields such as cancer, infectious diseases, genetics, and data science, and highlight our deep strengths in arts and humanities scholarship.”

As reported in the survey, Carolina has again surpassed $1 billion in annual research and development expenditures, and the University’s ranking for federal research R&D expenditures rose from sixth to fifth in the nation. Of the $1.1 billion Carolina expended in research activity this fiscal year, $676 million was sponsored by the federal government through agencies like the National Institutes of Health. For overall R&D expenditures from all sources, the University ranked 11th nationally among all research institutions and sixth nationally among public institutions.

The national research rankings are computed annually by the NSF, and the resulting HERD Survey is the primary source of information on R&D expenditures at U.S. colleges and universities. The survey ranks hundreds of institutions using a uniform methodology developed by NSF to establish the amount of university spending on research and development. The latest NSF rankings cover Fiscal Year 2017.

For more than 200 years, the UNC-Chapel Hill has been at the forefront of creating new knowledge. Today, Carolina is a thriving R1 research university with a commitment to excellence that continues to yield distinction and growth. Over the last 20 years, the dollar value of Carolina’s research enterprise has quadrupled. Research at Carolina and the businesses that have spun out of the University contribute over $2.6 billion dollars annually to North Carolina’s gross state product. Carolina research takes place in all 100 counties of the state and in over 105 different countries, with a focus on improving human health, nutrition, child care, the environment, the economy, and education worldwide.